They say don’t judge a book by its cover, but as a writer you know that a cover is definitely important when trying to sell a book as it is usually the first thing a prospective reader sees.

One of the advantages of being an independent author is that you can have a big say in the cover of your book and so for The Price of Magic I once more used an illustrator I selected. For reasons I shan’t go into here the illustrator who did the cover for A Ghost Called Dog was unavailable, but I was able to keep it in the family with Matt Hutching’s following in his mother’s footprints and working on the latest book. I have no idea if there is a ‘right’ way to go about getting an illustration for a cover but this is what we did this time.

I started off by sending Matt a synopsis of the book along with some extracts about characters and locations as well as the cover from the first book because The Price of Magic is a sequel and I wanted them to share a feel.

I offered up the couple of ideas that I had, but although there were things rattling around my head I like to trust the illustrator’s skill when it comes to design. Once we had finished up our initial discussions Matt set to work and sent through seven drafts for me to take a look at, some of which you can see below:

Typically, my favourites were not what I though the best suggestions were when I was making suggestions, which is why I try to give a decent brief and let the Illustrator work from there. You may notice that the draft on the right is the most similar to the final cover but there was still work to do.

Having consulted with a couple of people and made up my mind I went back and confirmed my favourite and what tweaks I thought were needed. Matt then went back to the drawing board (figuratively I suspect rather than literally but I couldn’t resist the turn of phrase) and the following hit my inbox. 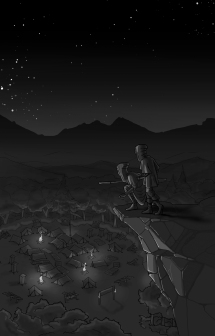 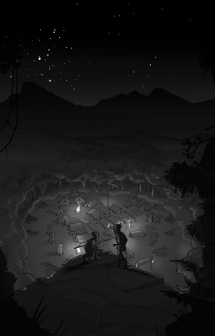 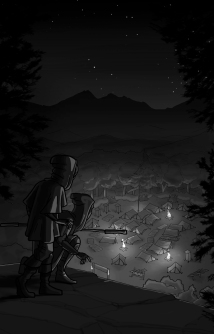 I checked in with my usual people and Heidi the production controller from Troubador who had to keep everything to do with the production of TPOM rolling and cope with the slight mania I develop during the typeset – the response was universal in selecting option three which should look familiar to you.

The following bit is going to my favourite part of this post as I didn’t get to sit over Matt’s shoulder as he worked on the final cover and I am absolutely the kind of person who can get lost in those videos of someone creating something from scratch so despite being a writer, I’m going to let the graphics do the talking for a moment as the cover takes shape:

And there you have it, from samples of writing to imagination to drafts to a cover. I am really happy out how things turned out and I have had several people say very nice things about the cover, which makes all the effort worth it.

Until next time, when I’ll let you in on some of the things I’ve been beavering away at behind the scenes but for now…

To all the things!